If you’ve been trying to generate more leads for a while, I’m sure you’ve come across several platforms that claim to offer you “the best” solutions.

Then you’re told to be patient because they say that lasting results don’t happen overnight.

You don’t have much time on your watch to wait for something that’s uncertain.

Then you ask: Is there any other way?

I know this may sound too good to be true but actually there is a way.

Discover the story of an entrepreneur who generated 3,000 leads in a matter of 2 weeks..

Stiletto Coffee was created for the purpose of empowering and inspiring women – career women, busy moms, or any woman ready to take on the world.

Each cup of coffee would make women feel tall and strong – exactly how one feels when wearing a pair of classy stilettos. Brad had a challenge…

His challenge was to gain a distinctive position in the mind of target consumers considering the fact that 70% of people in the United States alone are coffee drinkers and already had their own favorite brands.

He wanted to grow his leads so would be able to generate massive sales in the future.

Brad used a system that would skyrocket his leads to 3,000 in 2 weeks…

How does this platform work and do wonders for any business and your business?

UpViral’s system is based on the concept of GOING VIRAL.

When someone hears the phrase “going viral,” one may immediately associate it with cool, funny, intriguing videos and other forms of content on the web that gets thousands to millions of views within days.

Kind of, but NOT REALLY!

Going viral means having a solid system that guarantees that people will keep on talking about your brand and sharing it into the world.

To motivate people to share your brand, you’ll be giving them an incentive, giveaway or bribe that they will find really valuable.

Then the viral process never ever stops.

This is what UpViral is all about.

The process of getting viral with UpViral goes this way…

1. Create an opt-in page that requires people to enter their email address.

2. Give every person their own unique invite link, so they can invite their friends to enter their email address also.

3. To get people to actually share your campaign, you offer a prize. The more people they get to sign up through their invite link, the more entries they get to win the prize.

4. The new visitors that your participants bring to sign-up for your contest get their own unique links. They should repeat the process of sharing your message so they can win your prize as well.

5. Send your new subscribers follow-up emails to remind them to share your campaign.

Step One: Choosing the prize

Brad chose to give out a pair of gorgeous Christian Louboutin “So Kate” heels (valued at $695) and a bag of coffee beans. 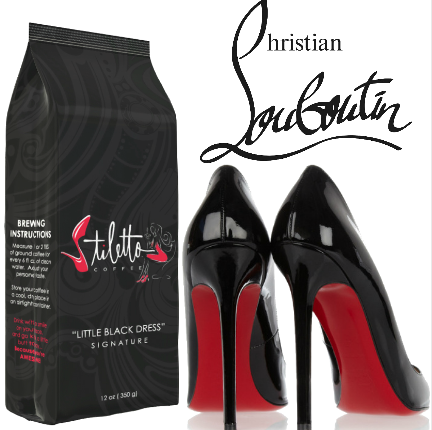 He featured the pair of heels as the bigger prize for the reason that women would find it irresistible. There was no other luxury brand that could offer a pair of heels with red-lacquered soles.

As Brad puts it, “Christian Louboutin heels are like the Rolex watches for women.”

Step Two: Setting up the campaign

After deciding on the prize to get people to sign-up, Brad set up his lead page.

He used a compelling headline: “Stiletto Coffee Is Giving You The Chance To Win A New Pair Of Christian Louboutin Heels”

Below is the screenshot of his actual campaign:

On the lead page, Brad explained the mechanics on how one can join the Stiletto Coffee contest as well as the reason for running the campaign and giving away the Louboutin heels + coffee prize. When they’d enter their email address, they’d immediately get 1 entry in the contest.

After people entered their names and email addresses, they were sent to a Thank You page (see screenshot below) where Stiletto Coffee gave out the instruction for people to share the campaign link to their friends and others on social media via social sharing buttons.

For every social media site where they shared their link on, they’d get 5 additional entries to the contest.

When any of their friends signed up through their link, they’d get another 5 additional entries to the contest, giving participants an incentive to keep on sharing the campaign with others.

Here’s the social media message that showed up when people shared their link:

To allow people to know the story behind Stiletto Coffee, a compelling video of Kenia Costanzo was added to the page.

A link to Stiletto Coffee’s sales page was also included for people interested in buying the product.

New people who were referred by the participants signed up for the giveaway contest and promoted it for more chances of getting the prize.

For the first ad (which Brad named Loub leadgen), he spent $53.42 in the process. He integrated ConnectLeads which uploaded his leads immediately, in real-time, to his email autoresponder.

For the second ad (Loub Lookalike), he used Facebook’s Lookalike Audiences, basing it on the leads he was getting with the first ad. He spent $108.

Brad followed up with his leads by emailing them 2 weeks after the campaign.

First, he sent out an email to announce the winner.

While announcing the winner of the gorgeous Christian Louboutin “So Kate” heels + bag of coffee beans, Brad gave everyone the chance to still get a free 2 oz bag of their newest coffee, while only paying for shipment (a “free + shipment offer”).

In addition to the free bag of Stiletto Coffee plus $3.55 shipping, Brad featured a one-time time offer in which they could get the same bag of coffee (16 oz this time) for 30% off. This order-bump ended up converting at 70-80%!

Then another email was sent to further entice subscribers to participate in another “free + shipping offer” for a necklace (worth $19.99).

The Results Of The Stiletto Coffee Campaign

Brad Costanzo generated a massive 3,000 leads within 2 weeks of running the contest.

On the Thank You page of the campaign, he generated $250 in sales from people who proceeded to the Stiletto Coffee sales page.

The first email he sent for the purpose of announcing the winner had an open rate of 59% – pretty impressive considering that the email was sent 2 weeks after the campaign was launched.

And best of all, he made more money in sales than what he spent on Facebook Ads, meaning he built a 3,000+ email list for free. Pretty neat, right?

Was Brad’s UpViral Campaign A Success?

What Would Brad Do Differently Next Time?

When run another campaign in the future, he would do the following…

When you get people to sign-up on your lead page and promote your brand in exchange for an incentive, and if more than one person actually does it, you get more and more leads in the process. You go viral.

Rewards or incentives drive people to engage in whatever campaign you’re running – whether it’s for the purpose of generating sales, building brand awareness, growing leads, and more.

How about you? Would you love to try UpViral yourself?